THE STORY BEHIND THE SHOT

Ask the photographer: What’s behind the shot? 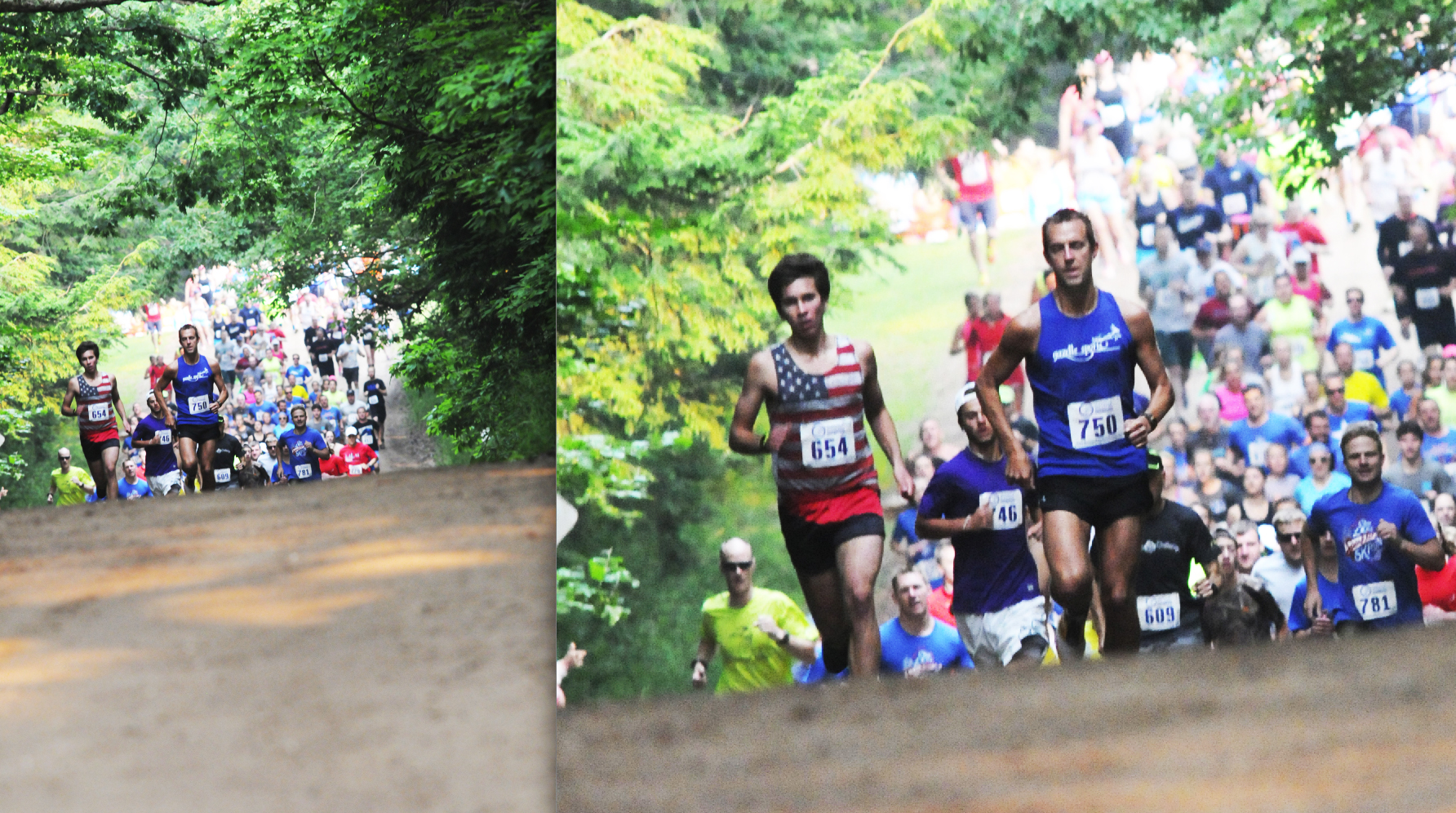 At an organizational meeting for the race I mentioned my hope was to create a “beauty shot” of the a huge number of runners sprinting through scenic Western Michigan. The focus was to document this year’s inaugural activities and provide images to promote Sparkler 2016. I drove the route 3 days in a row looking for the best vantage points, seeing telephone poles and above ground wires in spots that would kill a photo. I checked views with several lenses and planned on shooting from a ladder where necessary. Scenic Thomas Road has an amazing, tree covered canopy but those deep shadows make it tough for a photographer who needs enough light to use a very long 300mm lens and a shutter speed fast enough to freeze the motion of the runners. 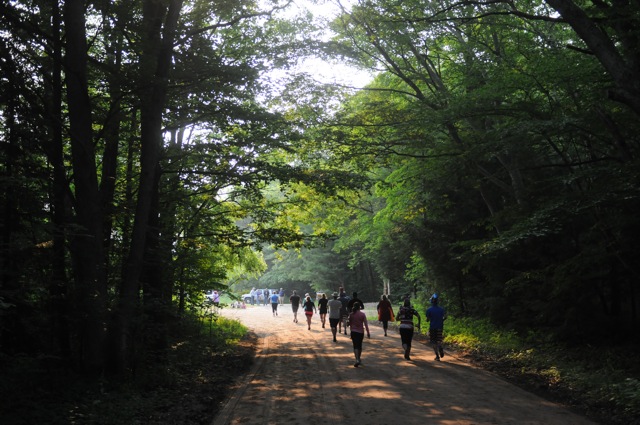 This photographer would also be in motion, bouncing about in the back of the camera truck skillfully driven by wheel man Joe Jonseck and riding along was photo assistant Alec Mitteer. The shot had to be early in the race when a large group of runners would still be packed tightly together. I found it. The best open light spot on the route. It’s bright there because there are few trees in a cemetery and open green grass shoulders are hugging the road. I envisioned a shot east of the cemetery hill that could capture a river of contestants cresting then flowing over into the open light. But in truth, during the actual race. the best image was serendipitous. By rolling on further east, my 300mm lens compressed the two lead runners advancing toward the crest of a second hill, and how fortunate that only two were leading! Both on the left side of the frame! Allowing the masses to be seen beyond! 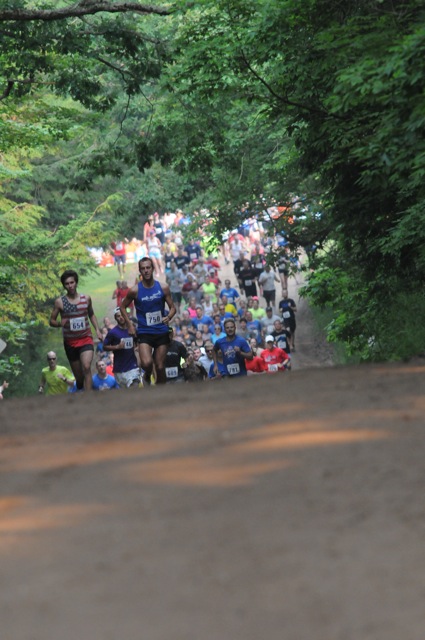 It all came together. The photograph portrayed the first and second place overall men’s finishers. It showed a river of runners advancing over the sandy hill beautifully framed by a cathedral of Western Michigan greenery hugging the first annual Stony Lake Sparkler 5K runners. 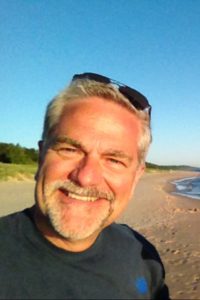